The work created by KIGI (Uehara Ryosuke & Watanabe Yoshie) for the Tokiwabashi Project is in the vein of their previous experiential art project, YOIGOMA, which incorporates indigenous essences, such as sake, monsters, and Japanese drinking rituals.
The theme of the large stained-glass window in the corridor leading from the lobby to the commercial area is Edo Koma, a popular spinning toy that became part of the Edo culture. The geometric design, which creates a sharp and smart rhythm, is decorated with the motifs of a plate-spinning performer, a sake-drinking snake, and a sake cup, depicting the lively atmosphere of Tokiwabashi, a place that bustles with activity throughout the day and night. 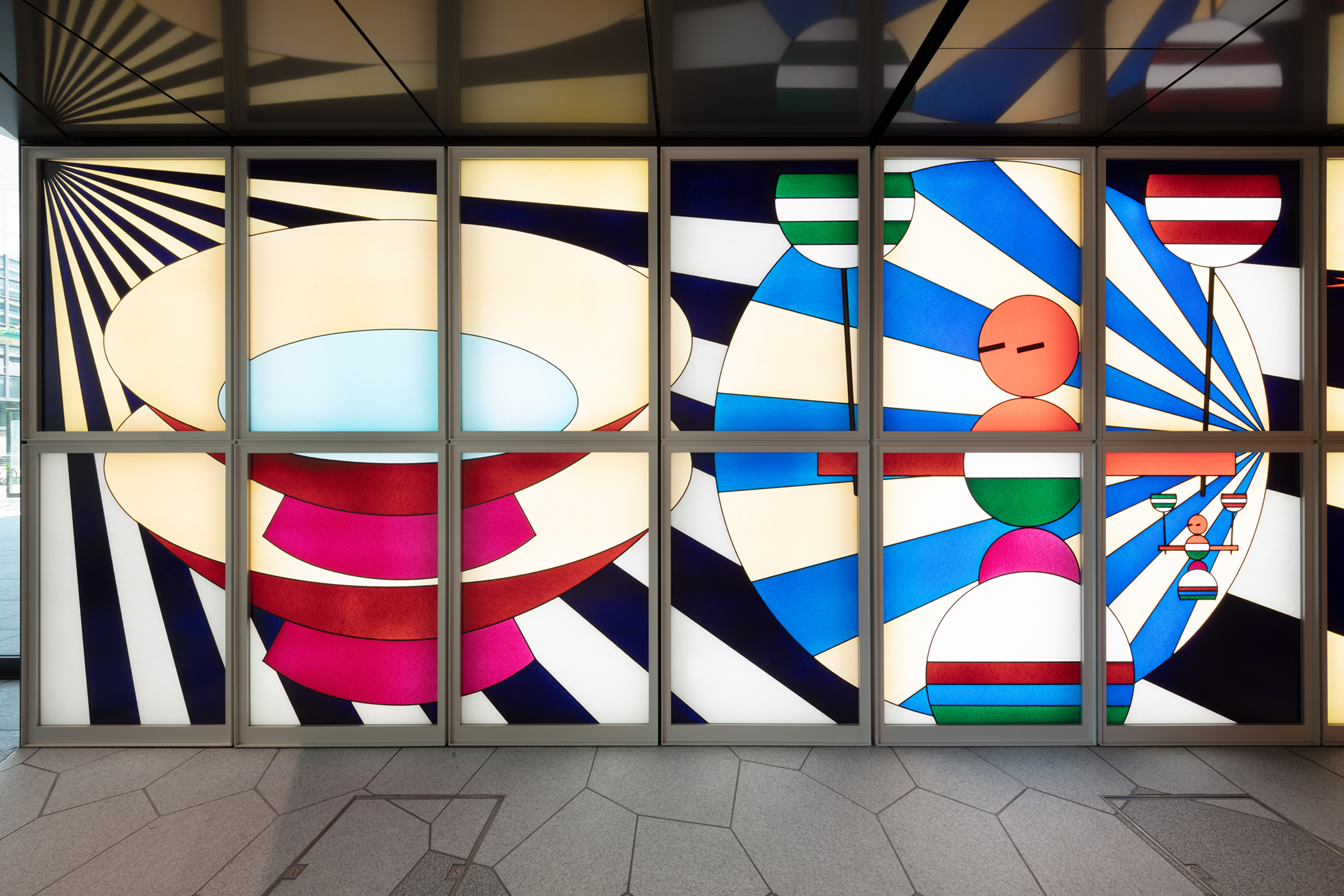 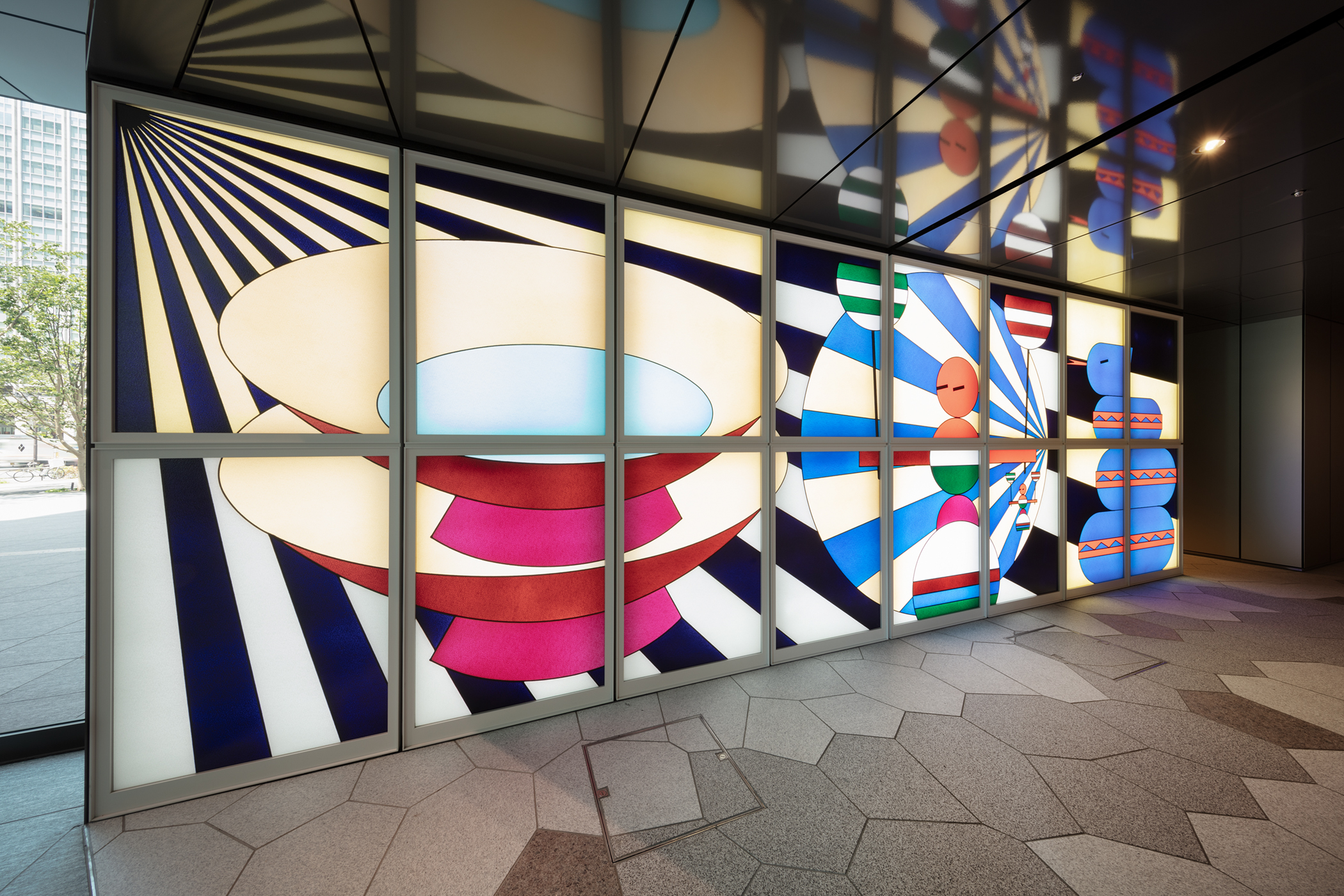 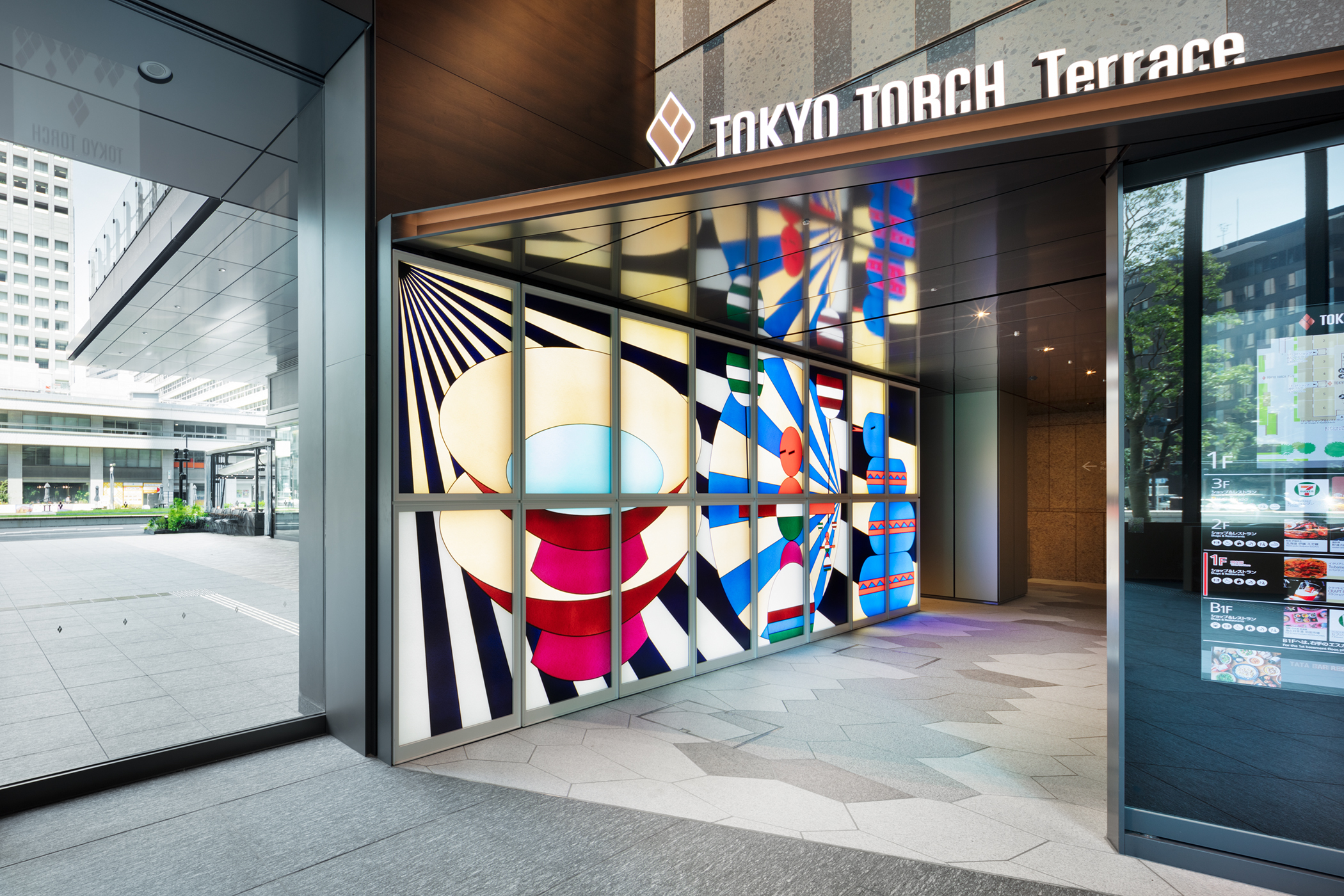 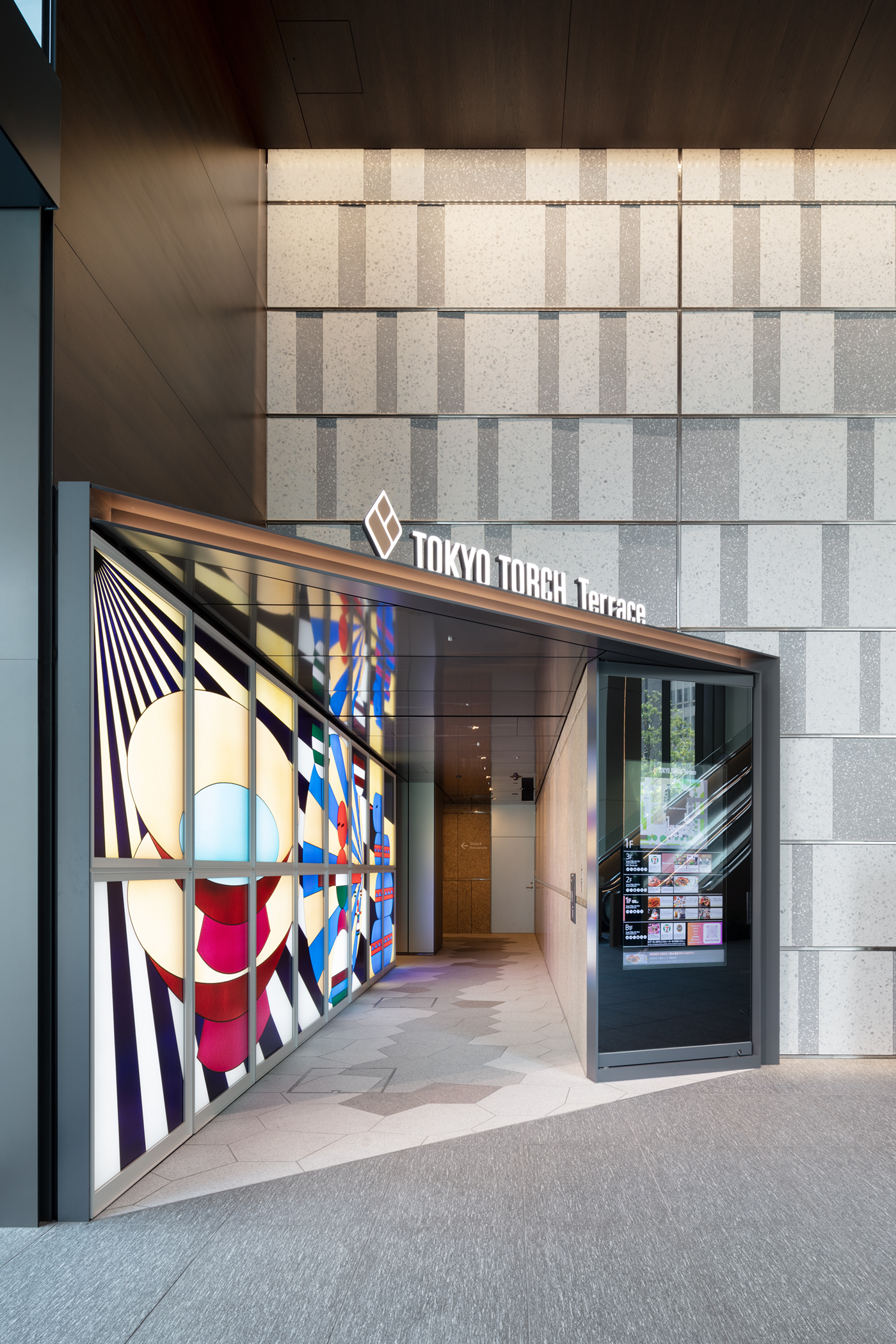