A Line of the Projection
推测的界线

Jung Hyeryun is an artist in Korea representative of her generation. Her works are like vivid free streamlines reminding us of the trajectories of power in nature, such as the flow of water and air.
This time, her work resembles the shape of Mizuhiki (an ancient Japanese artform using twines of rice paper to create decorative knots), symbolizing fateful connections. The culture of knots is said to have developed in Japan because of its trading activities with China, and this time it is illuminated by the changing LED lights as it corresponds to the impressions of the present and the future. It is a work that bridges the natural environment and cultural traditions in East Asia with the coming era. 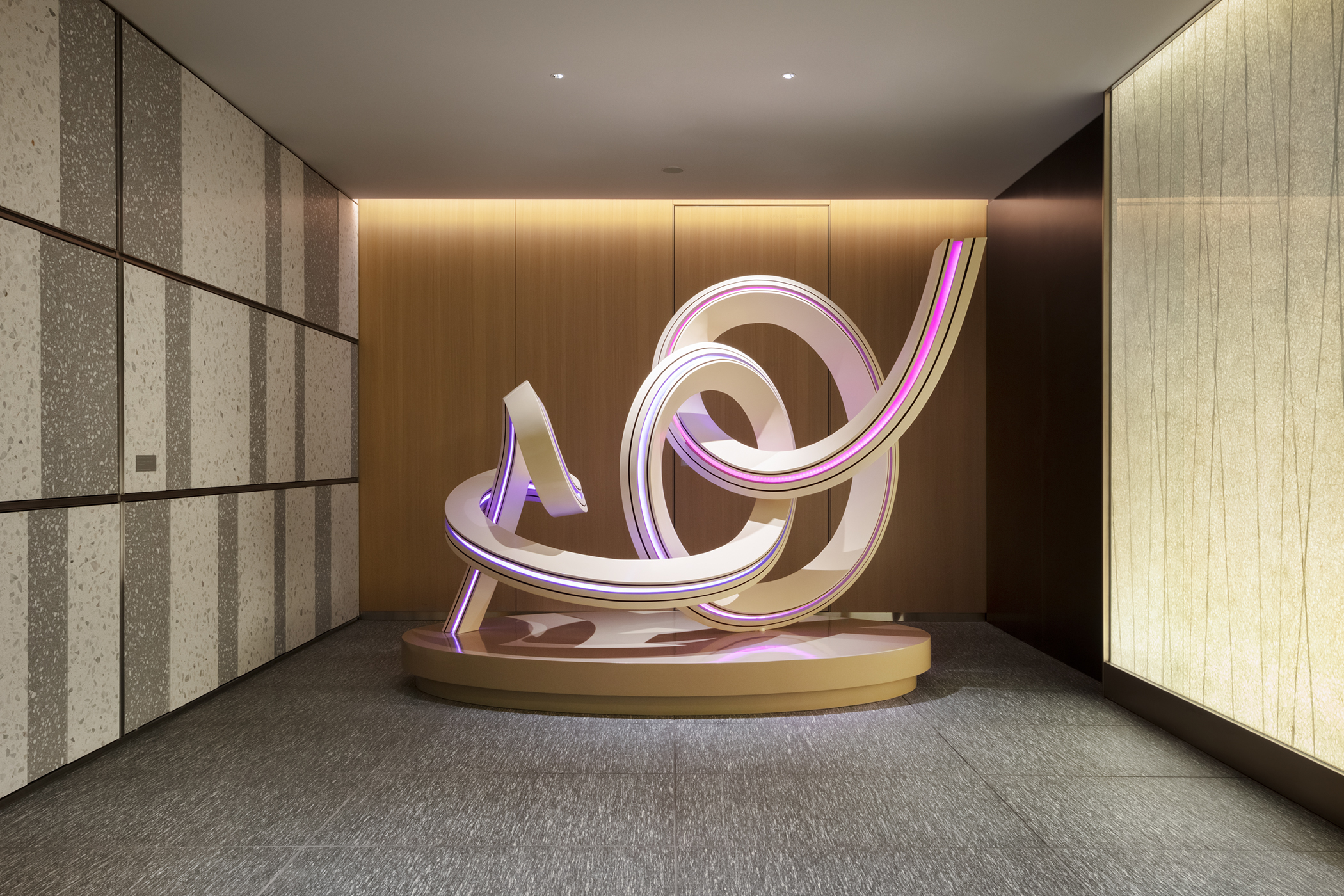 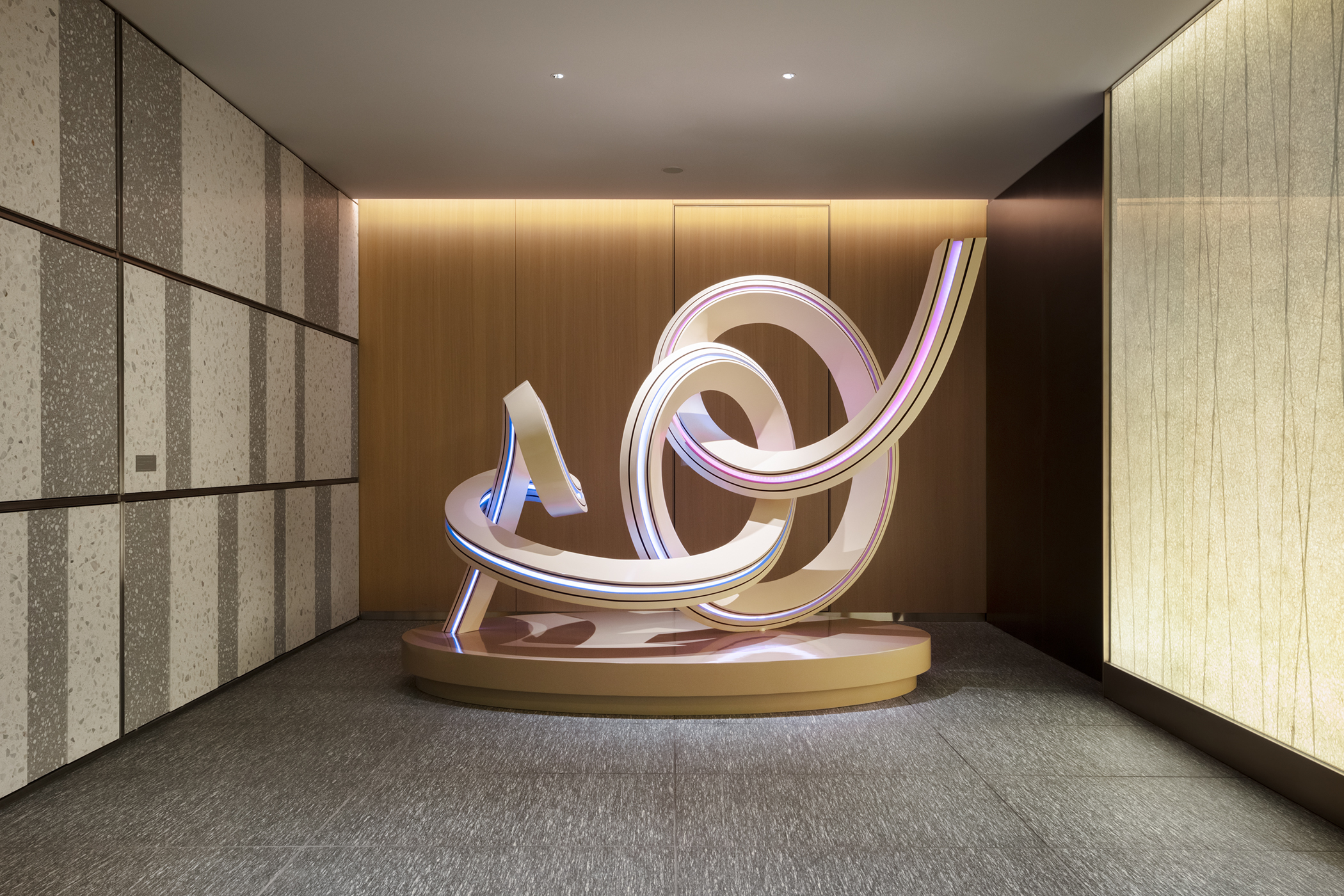 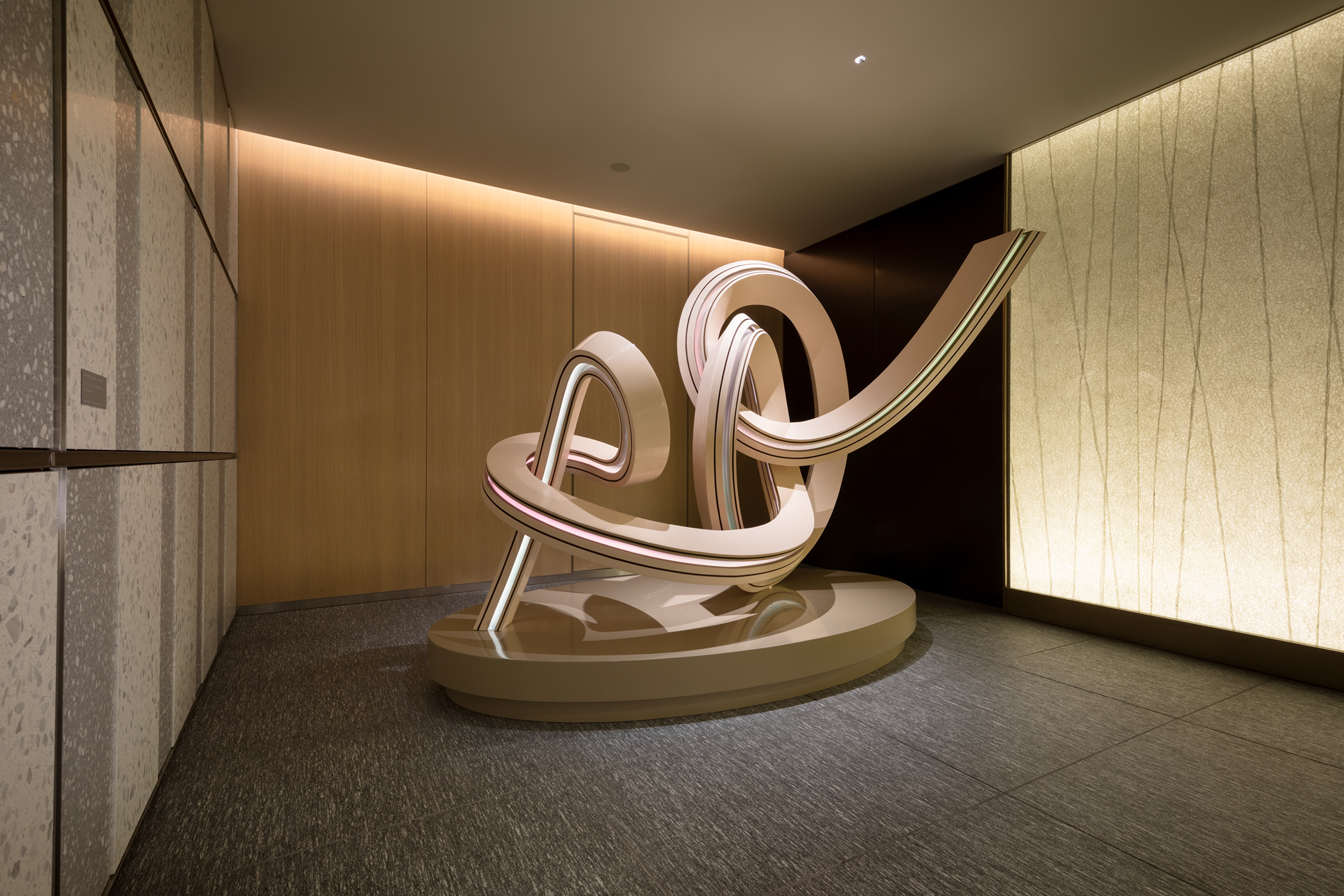 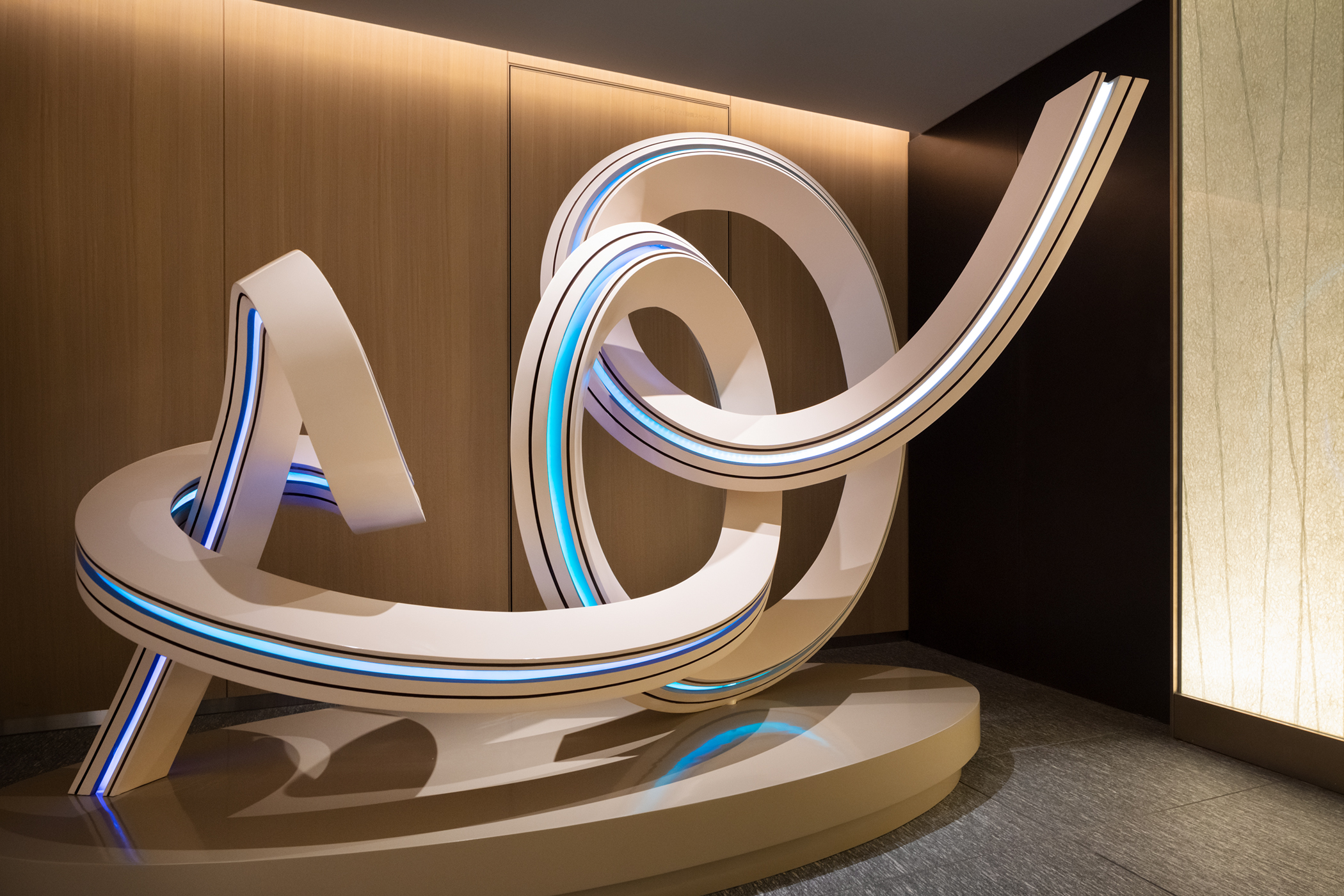 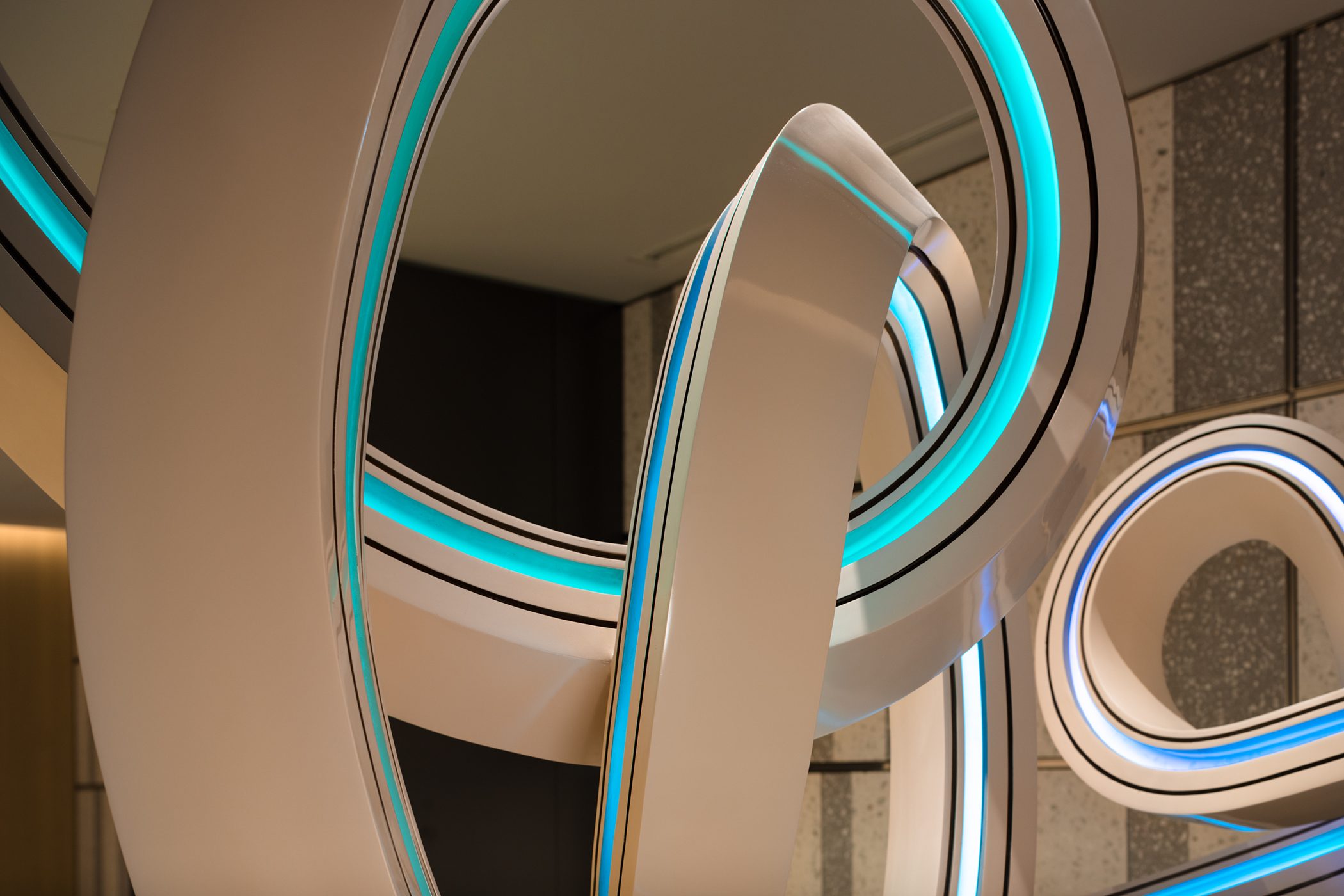 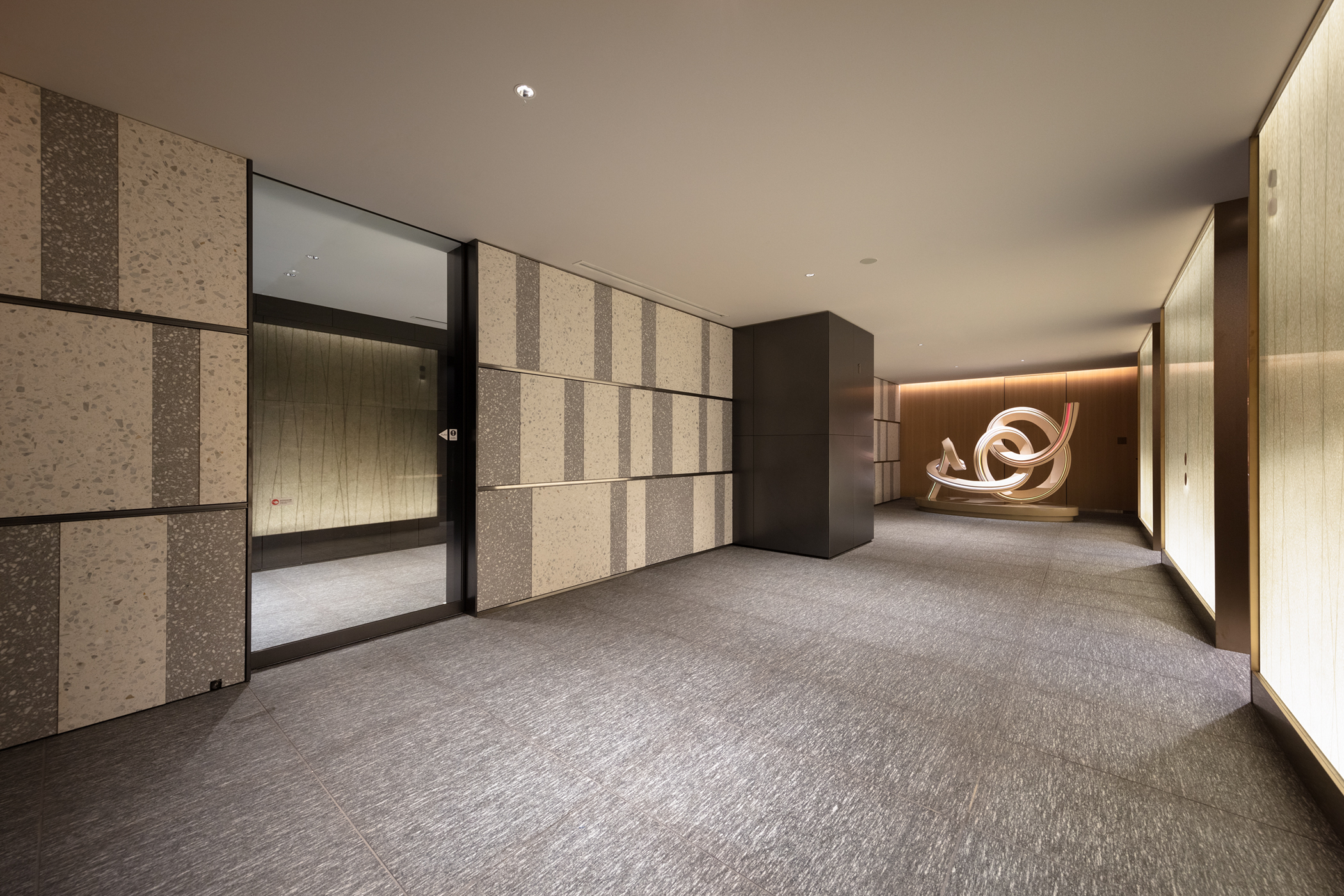